Do you know Benny Lewis? You should! 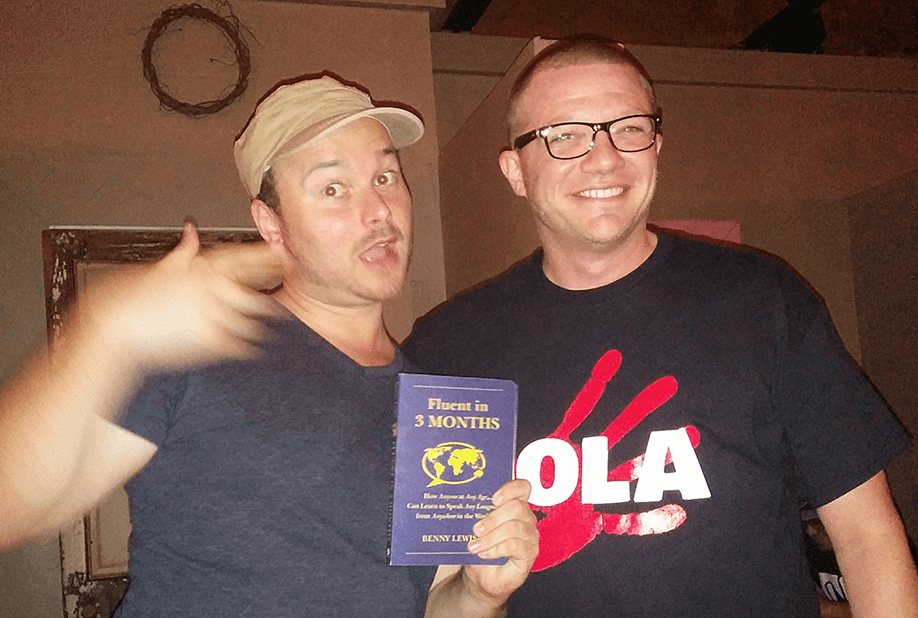 I remember the first time I learned of him. It was three years ago. Right about this time.

A month prior, I had bought a one-way plane ticket to Amsterdam and told my family “I’ll be back by November–of next year!”

My life-long friend was getting married that next November, and there was no way I was going to miss it.

I had Russian and Chinese visas in my pocket. A job that was completely online. And no return ticket.

I had zero clue where I’d go after Amsterdam. I wanted to go everywhere.

Then I met a girl.

And the only place I wanted to be… was Paris.

Now, when I do something. I go all in. And in this case, that means with the girl. But with French too!

French, a language that never interested me before, was suddenly all I could think about.

What a shame it would be to waste such an opportunity!

But here’s the problem.

Just because I make these Spanish videos, doesn’t mean I’m some Spanish or language whiz!

If you’ve been watching my videos for a while, you know that I actually FAILED Spanish the first time I took it in high school. I wasn’t a good student in general, but there’s only one class I failed.

So I’m in Paris. It’s my second day. And my body’s burning with the desire to speak French.

I had already learned Spanish, basically on my own. But I did it the hard way. And it took me a really long time. It was months before I was talking. Years before I was comfortable.

That just wasn’t acceptable this time.

So I started with a “tool” that didn’t even exist when I learned Spanish: Google.

I don’t remember the exact words I typed into the search engine that day. But I sure know where I ended up: the website of Benny Lewis.

Like I said at the beginning, I had never heard of Benny until that day in Paris.

Benny is a polyglot. I learned as I read his website, a polyglot is somebody who speaks several languages.

Benny has spent the last 11 years traveling around the world, learning many different languages.

But Benny doesn’t use Rosetta Stone or any of those traditional courses.

Benny has a website jam-packed with his unique strategies, tactics and tips for speaking your target language (for us, Spanish) as quickly as possible.

So that day in Paris. Sitting on my girlfriend’s couch. Next to a big window overlooking a University courtyard, with a bunch of French students buzzing around.

I clicked the button. I bought Benny’s course, “Speak From Day 1”.

And my life. Would never be the same.

Immediately I was engrossed by his every word. Page after page, my heart started beating a little faster.

To say he was getting me excited would be a dramatic understatement.

As I sat there poring over Benny’s course. Feeding into this burning desire to speak French.

There was another desire burning me…

I wanted a French SIM card for my phone.

I wanted to be able to walk the streets of Paris and look things up. Have the metro map. Get directions.

I wanted to make local calls. Send text messages to my girlfriend.

I wanted a French SIM card!

Well, Benny made it very clear in his course right away: if you want a French SIM card… you surely don’t need to learn French!

You just have to learn the words you’ll need to get your SIM card.

So, that’s what I did. That very moment.

I asked myself, “What would it be like to buy a prepaid SIM card in English?”

Did you notice something in that dialogue? You basically have to ask the same question over and over again.

Their answers are just “yes,” “no” or a number!

When I realized this, I got even more excited. My heart started beating even faster.

I ran to the supermarket. I bought some blank index cards. I raced home. I looked up every French word in the dialogue above.

Then I took a deep breath.

I won’t lie and tell you everything went super smoothly and exactly how I planned.

It didn’t. It never does.

I went to that phone store, practicing my flashcards every step of the way.

I entered and said my now well-rehearsed opening. Then I waited.

After what seemed like an eternity (it was actually 0.16 seconds) I heard “Oui.” That means “yes” in French!

But I hadn’t rehearsed the other words nearly as well.

But she worked with me… I said the same word several different ways, until finally she understood me!

The situation (the context) was so predictable, so familiar, that it took the pressure off the words. I knew what to expect.

In the end, I walked out of that phone store with a prepaid, French SIM card!

I don’t know if I actually skipped all the way home. But that’s what my memory’s now telling me happened.

So what’s the point of all this?

Learning Spanish? That’s an impossible task. A fool’s errand. Nobody learns Spanish. Nobody.

But learning 12 to 18 words so you can buy a SIM card? You can do that! ANYBODY can!

Since that day in Paris, I’ve met dozens (probably even hundreds) of people who tell me “I want to learn Spanish.”

You can learn how to ask directions when you’re lost in Spanish.

You can learn how to buy a train ticket or a bus ticket in Spanish. Or any ticket for that matter.

You can become fluent at those specific tasks in a matter of hours–sometimes even minutes.

And that mi amigo, is how you Speak from Day 1.

I ended up staying in Paris for a total of three months.

Using the method from this article, and a basic grammar book, I got to a pretty conversational level–even though I didn’t devote nearly as much time as I wanted because of work.

I eventually made it to Russia, then China and Southeast Asia.

I returned home for some rest and relaxation, before going back to Spain for the first time in over 10 years to make the Travel Spanish Crash Course–heavily inspired by Benny.

Unfortunately, things didn’t work out with the French girl. So I’m single now.

That was a joke.

Unless you’re a cool girl currently in central Florida =)

*“Speak from Day 1” is the course I purchased three years ago for $97. The price is still $97, but it’s been updated several times.

*“Fluent in 3 Months” is his brand-new book. I have yet to read it, I just bought it. It seems to cover the same basic ideas as the course. It doesn’t include all the multimedia stuff obviously, but it’s much cheaper.

*I’m not affiliated with Benny in any way. Nor do I make money from those links. I’m just telling you about him because I think he’s cool.

Corona Virus Special: All My Premium Courses... YOU NAME THE PRICE! 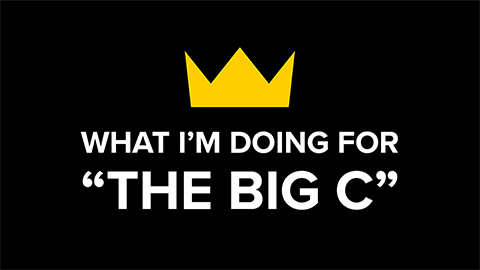 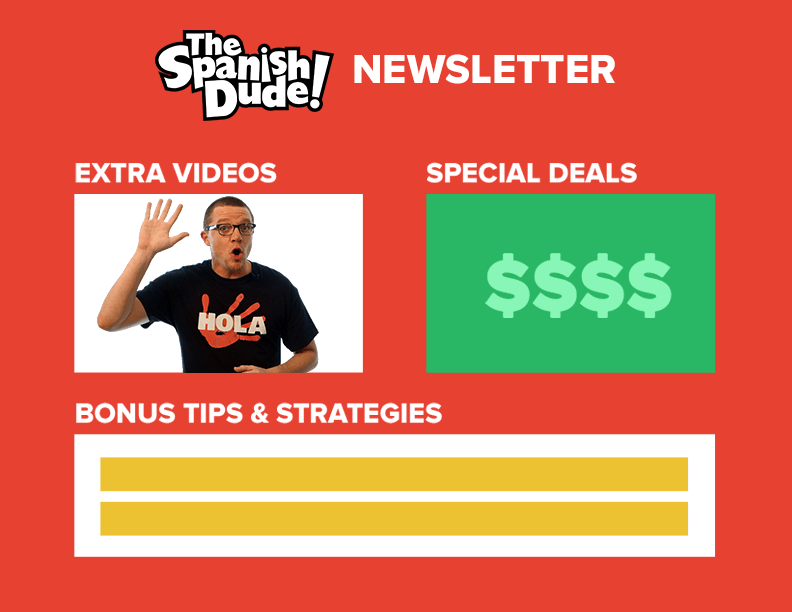 Enter your email address and I’ll send you all the Free Practice Resources for present tense, stem-changing E to IE verbs.

Enter your email address and I’ll send you all the Free Practice Resources for present tense, regular IR verbs.

Enter your email address and I’ll send you all the Free Practice Resources for present tense, regular ER verbs.

Enter your email address and I’ll send you all the Free Practice Resources for present tense, regular AR verbs.

Enter your email address and I’ll send you all the Free Practice Resources for Preterite Vs. Imperfect, Life Lessons.

Enter your email address and I’ll send you all the Free Practice Resources for preterite tense, imperfect ER & IR verbs.

Enter your email address and I’ll send you all the Free Practice Resources for preterite tense, imperfect AR verbs.

Enter your email address and I’ll send you all the Free Practice Resources for preterite tense, regular ER & IR verbs.

Enter your email address and I’ll send you all the Free Practice Resources for preterite tense, regular AR verbs.

Enter your email address below for instant and free access to the Three Enemigos Mini-Course.

Enter your email address below and I’ll send you The Spanish Dude Glossary right away.

Subscribe to The Spanish Dude Newsletter to get notified every time I post a video PLUS get videos and deals that non-subscribers don’t get.

Enter your email address below, then click the big, green button. I’ll send you an email right away with links to all 12 Spanish Battle Plans.